Transparent LED displays are a type of new technology led display that is one of today's hottest trends, resulting in a dynamic architectural concept. It's one of the most inventive ways to improve our city's appearance.
LED displays have progressed from a luxury display experience to a ubiquitous advertising necessity in just over a decade. The introduction of LED screens has dealt a blow to the traditional printing industry as well as the market for LCD display products. Transparent LED screens, as well as mini LED displays and Micro LED displays, are examples of technological advancements aimed at meeting the growing demand in the display market.

Transparent LED screens, as well as mini LED displays and Micro LED displays, are examples of technological advancements aimed at meeting the growing demand in the display market.
So, what are the distinguishing features of this screen? Read on to discover 7 fascinating facts about Luxmage. 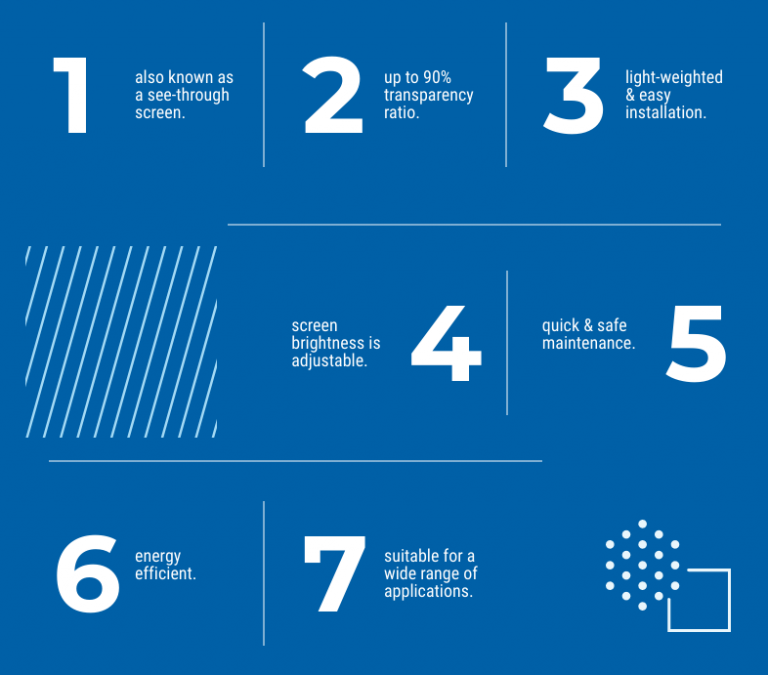 The adjective transparent refers to an object or material that allows light to pass through it. When light can pass through a transparent object, any object behind it can be seen clearly. Screen
Transparent LED is the LED display that defies convention in order to spark innovation in the traditional LED display industry. It appears to be a transparent glass screen. It can show a visual image on the screen panel while also allowing the viewer to see what's behind the screen. 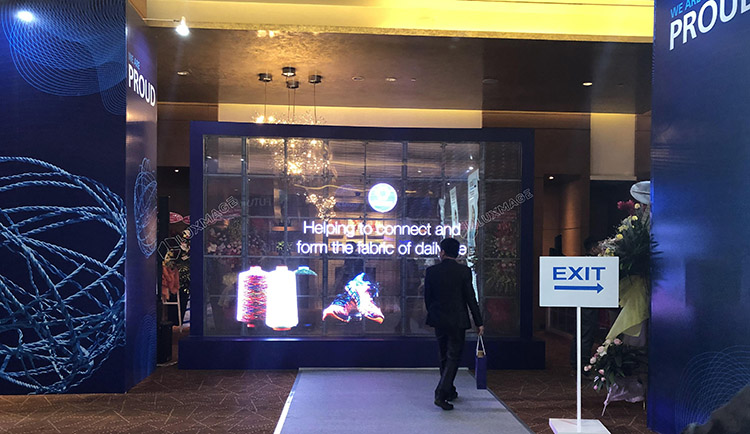 3. Lightweight and simple to install
When it comes to selecting the right monitor for your project, you have several options. The majority of these monitors are lightweight and customizable.
Media architecture refers to architectural installations that incorporate light screens into the structure of the building. Advertisers recognized the potential of tall buildings in outdoor advertising many years ago.
Years before the transparent LED display, we used a variety of other technologies such as projectors, LED lights, and outdoor LED screens. These older technologies, however, have some limitations. They only allow for basic visualization and can have an impact on the overall appearance of the structure. 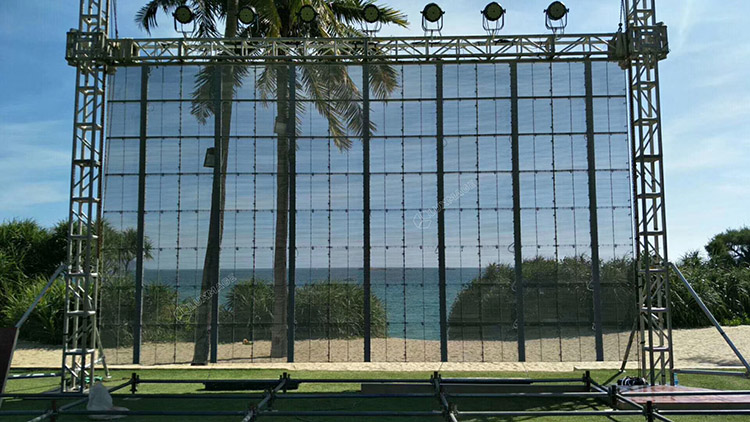 Because of their higher resolution, outdoor LED screens, for example, are a great alternative to LEDs and projectors. It can provide a clearer visual effect, but installation is costly because the giant LED screen requires an additional steel frame to be installed. Furthermore, when not visible, it can appear as a large black wall, affecting the building's aesthetic.

Transparent LED display products include LED glass, LED curtain, and LED mesh. LED glass and LED curtains do not require any additional structural support from the steel frame. All they need is a lightweight aluminum rear chassis.
LED mesh, on the other hand, has an ultra-lightweight design. It eliminates the need for large support structures. Flexible installation preserves the building's appearance without sacrificing visual performance.

4. The brightness of the LED can be adjusted
The classic outdoor LED display is extremely bright. During the day, the brightness can reach over 6,000 nits, ensuring a crucial visual experience.
During the day, LED screen brightness is important, but at night, it can create eye pain and light pollution. The beauty of cities at night can be harmed by light pollution. It does not contribute to the beautification of cities. Worse yet, excessive brightness might result in car accidents and other misfortunes.

Transparent LED display that can be dimmed. Its brightness can be changed to suit its intended use. During the day, you can have a high level of brightness and at night, you can have a lower level of brightness. Outdoor displays can have up to 8,000 nits of brightness, while indoor displays can have up to 1,500 nits of brightness.
5. Maintenance that is both quick and safe
Some displays do not need to be mounted directly on external or glass walls due to their slim form and ease of installation.
Instead, they're hidden behind glass or kept indoors. Although the installation behind the glass is not waterproof, it facilitates maintenance. Curing can be done under glass, which eliminates the dangers associated with outdoor curing.

6. Transparent LED display that saves energy
Global energy usage continues to rise. In recent years, there has been a significant increase in the demand for environmental protection.
Manufacturers of LED displays have been aggressively introducing energy-saving products. When compared to other LED screens, this one offers a higher energy efficiency.
When images are exhibited on a modern technology LED screen, not all LEDs generate light at the same time, especially in the darker areas of the image.
There is no heat generation when the LED is turned off. It has the potential to lower power consumption by up to 30%. Finally, transparent LED panels are better for the environment than most other LED screens.

7. A transparent LED display can be utilized for a variety of purposes
Because it is lightweight and does not alter the aesthetic of buildings, company owners or advertising can adjust the display to suit their needs.
Outdoor billboards, building glass walls, high-rise building glass walls, and storefront glass windows can all benefit from a transparent LED screen.
It's also suitable for usage indoors. Shopping malls, galleries, airports, and entertainment venues are among the places where the exhibits can be located.