Transparent LED screen is a completely new technology in Vietnam market. But since its launch, they have received the attention of many customers, especially the number of customers in the brand promotion industry. Realizing, this new technology led screen better supports brand development, especially in the retail industry. So what are the reasons for thousands of people choosing LED technology screens?

Currently, many forms of brand promotion are growing at a rapid pace. Therefore, if you don't update the new advertising trend, soon the business will only lag behind.

POSM: all kinds of media publications such as leaflets, posters, banners, ... types are the media that cannot help mentioning when it comes to marketing forms. Often produced in large quantities for the purpose of wide distribution. However, they are not very effective because people who receive information sometimes are not satisfied with the flyers received. 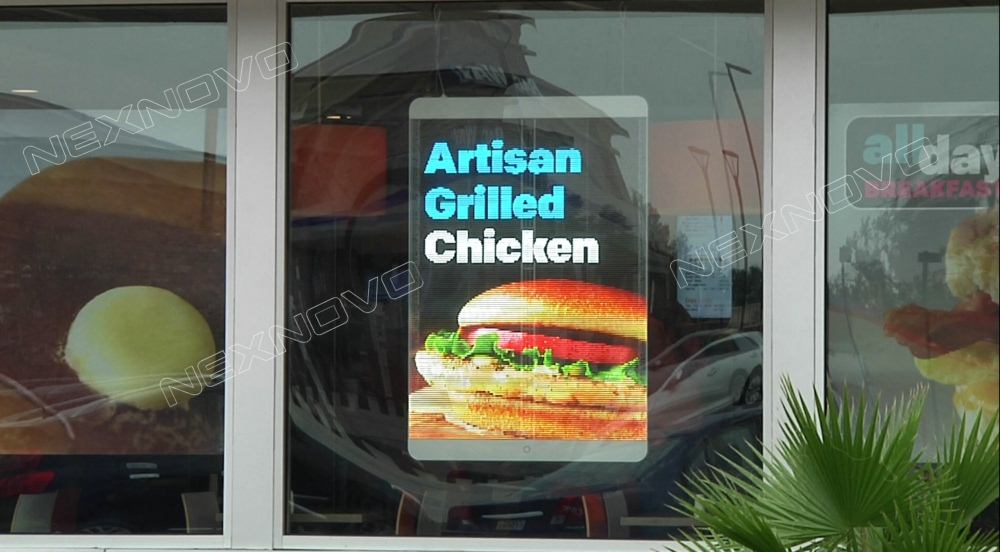 Traditional LED display screen: becomes more flexible in the process of conveying information to consumers, images of vividly displayed information make people receive information in a proactive way, without causing a hard feeling bear. However, the installation of traditional LED screens is quite difficult, the wiring system is large and large, making the preparation of a led screen takes a long time. It is also this cause that leds become heavier, take longer to prepare and install.

High-tech led screen: Possessing the advantage of intelligent display of led screen, making the image come alive, widely promote well. In addition, overcoming the disadvantages of conventional LED screens is a complex construction and difficult installation. High-tech LED screen with the compact structure according to the module is easy to install even in the most difficult locations.

Back to the issue of brand promotion, why do thousands of high-end customers want to own a high-tech led screen to promote? Immediately after finding out the structure, advantages, ways of installation, ... of this type of screen you may be one of the thousands of customers that we will list!

Led chip SMD stands for Surface Mounted Device means that the component is directly on the printed circuit board instead of having 2 small pins like DIP. This is an advanced technology and is commonly used today. By using SMD1515 led chip, high-tech led screen can display thousands of different color palette, easy to install and repair.

Each module is designed in a unique, simple and reliable way. The entire frame is made of a large cast aluminum structure that ensures accurate dimensions. Custom power cord and signal wire connectors make installation easier. With the structure and design like this, removing individual modules on the screen directly from the front or back is not a problem.

In addition to the structure, quality comes from new technology led screens, thousands of people still love and use by many outstanding advantages that have been proved. This is a technology that has long been sought by customers, which motivates us to create them. Currently, we have combined promotion with many big brands such as Slys, Ferrari, Lamborghini, and McDonald!